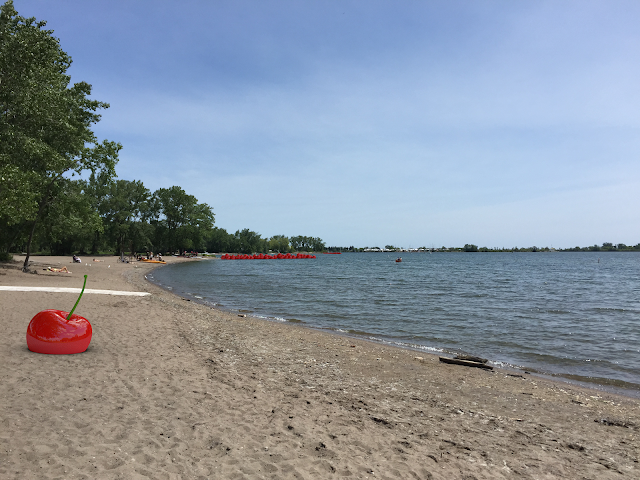 Cherry Beach on Lake Ontario in Toronto is a beloved spot for numerous leisure activities. It is the closest main-land beach to the city centre with water access and it is adjacent to an area slated for an enormous redevelopment, converting the current industrial land there into residential and commercial buildings.

While Cherry Beach is a delightful place, the condition of the beach surface is degraded. The beach has as much mud, silt, and construction debris as sand. Wading into the water brings cuts and scrapes to the feet.

We propose that Cherry Beach can be sweeter. Our proposal aims to improve site conditions and to mitigate the forces that have created the site's current state.

Here is an examination of what has led to the current site conditions. The following information is provided by Ken Dion, Senior Manager of Special Projects, Project Management Office, Toronto and Region Conservation Authority:

The sand at Cherry Beach was originally placed in its current location through coastal deposition processes from the Scarborough Bluffs. However, in the 1950s, the Toronto Harbour Commissioners initiated the construction of the Leslie Street Spit, later to become Tommy Thompson Park.  The construction of this feature effectively cuts off the continued transport of sand from the Bluffs to Cherry Beach, as such there remains no new supply of sand to Cherry Beach.

Given the configuration of Tommy Thompson Park, and the Toronto Islands waves and currents along the Cherry Beach only come in from the west.  As such, sand placed on Cherry Beach generally moves in a west to east direction with little to no longshore currents that are able to move the sand back westward to Cherry Beach. As a result, the observed conditions at Cherry Beach reflect the results of continuous movement of finer materials towards the east, leaving behind the larger materials behind.

The Toronto and Region Conservation Authority conducted a study a few years ago which recommended the placement of a number of harder groyne structures perpendicular into the water so that they can capture and hold the sand close to the beach, however, there were concerns that it would too drastically change the character of the beach.

1. A series of sand replenishments, to make the beach more secure against erosion and more enjoyable to use

2. A series of distinct and attractive "cherry pile" groynes extending from the shore into the water, to keep the beach sand in place. It is hoped that the sculptural quality of these groynes will mitigate some of the concerns with the TRCA groyne study, namely that groynes are extremely unsightly (for example, see the grey concrete groynes that run the length of Toronto's western beaches)

3. A modest sculptural element on the beach, connecting the cherry theme of the groynes to the beach, and creating a new landmark 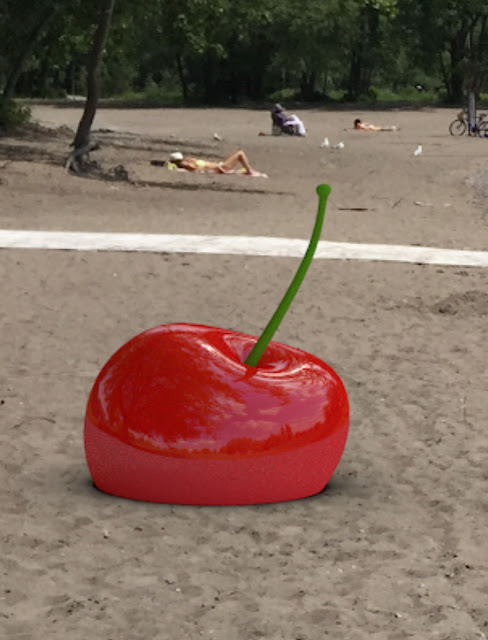 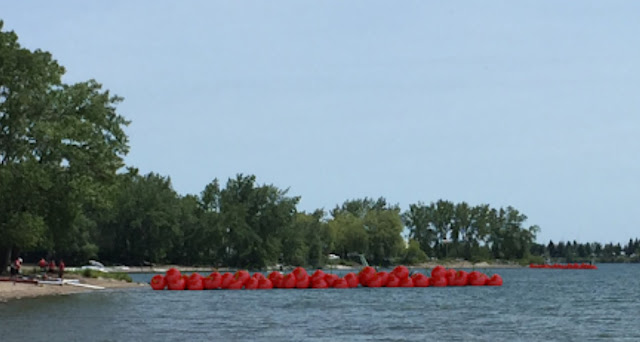